If we could see the journeys of other people’s lives, we’d find there’s more in common than we think.

We rented a bus!

Over a five-day shoot, including a three-day bus trip through Alberta, The Distillery filmed in a diverse range of locations to tell the story of passengers connected by a long-haul bus ride to create a music video for the award-winning musician, Mohsin Zaman.

Journey, diversity, and homecoming are some of the themes in Fly Home. The Distillery aimed to create a narrative that explored the concept: though our reasons for travel can be as different as our backgrounds, we might find our destinations are universal. Doing so meant creating characters that shared a common tie — a bus ride, and seeing vignettes into their lives to show what events led them to taking the journey.

In addition to our musician, Mohsin, our other main characters were Calvin, a recently widowed older gentleman who made a journey to the Rockies to spread his wife’s ashes; Mickey, a college-aged woman who recently finished school for the year and is embarking on a backpacking trip; Aimee and Ryley, a mother and son who are escaping an abusive relationship; and Mohammad, a Syrian refugee who is reuniting with his wife and daughter who preceded his emigration to Canada a couple years before.

Having a story with such a diverse range of characters travelling together led to the largest production hurdle: finding locations that could set our characters and bus within a the cross-country bus ride, as well as a locations to adequately depict their backstory vignettes, one of note being Syria. Chartering an actual bus trip proved to be the most efficient way of getting cast, crew, and gear to our various locations like the Rockies, badlands, prairies, and cities and towns. Filming while travelling in combination with aerial drone footage at various scenic locations, we were able to represent a scope of production that far surpassed the budget.

Arguably, another primary character was the bus itself. Prior to leaving, we printed and attached temporary custom decals to cover the existing branding and make the charter bus a nondescript long-haul passenger line. The crew spent the first part of the bus trip rigging the bus to support the three days of on-bus production. This included rigging lights, testing camera motion and exposure, creating a mobile DIT station, as well as other production related necessities like craft services, actors marks, and gear storage.

One location that was prohibitive in many ways was Syria. The solution was to use a combination of VFX and creative movie magic to double locations within Edmonton as the foreign country. For the biggest establishing shot, a foreground shot with our actors against a grass field was composited into a background plate of Syria with various set extension/3D camera move techniques employed to make the shot seem real. Once the location was believable, production design and tighter camera framing was used to depict sell the remaining shots.

Two other VFX/compositing shots to note: due to scheduling, our Mohammad character was unable to come with us through the Rockies, yet one specific shot placed him looking out the window as the huge mountains passed by. To solve this once our actor was available, we shot handheld from outside the bus window looking in at our actor as it sat stationary in a parking lot. Using tracking markers on the exterior, we composited a foreground plate of mountains that we shot whilst travelling through the Rockies through a match-moved mask to simulate believable reflections over our actor’s bus plate.

The second was to composite Mohsin playing the climax of the song into footage of the bus, whose trip is going back in fast motion (i.e. a time lapse). We shot two locked down plates, the first was a foreground plate of Mohsin playing in his seat with green-screen material behind him. The background plate was a time lapse of the bus travelling along the highway with deliberately orchestrated movements by the characters to help show off the speed change. Finishing the shot required keying out the green screen and compositing Mohsin into the time lapse bus while creating faux lighting changes over Mohsin to match the differences with the time lapse. Stabilizing both shots and match moving the background to the foreground help smooth out the differences in bus shake.

To meet the Storyhive scheduling requirements, the first rough edit was finished within three days of wrapping. A round of audience feedback was used to identify any areas for improvement and appropriate changes were made to the fine and final cut. During the process, VFX, Colour Correction, and Sound Design were finalized and brought together for the final online.

PRODUCTION STILLS / BEHIND THE SCENES 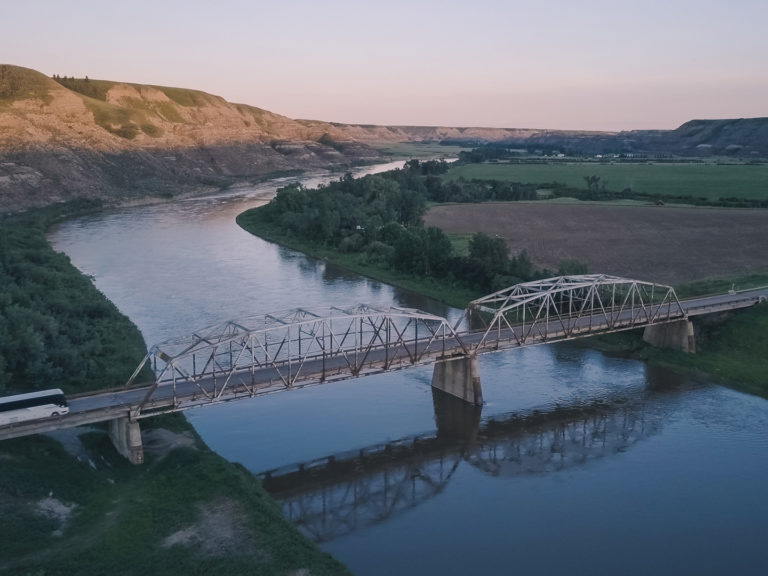 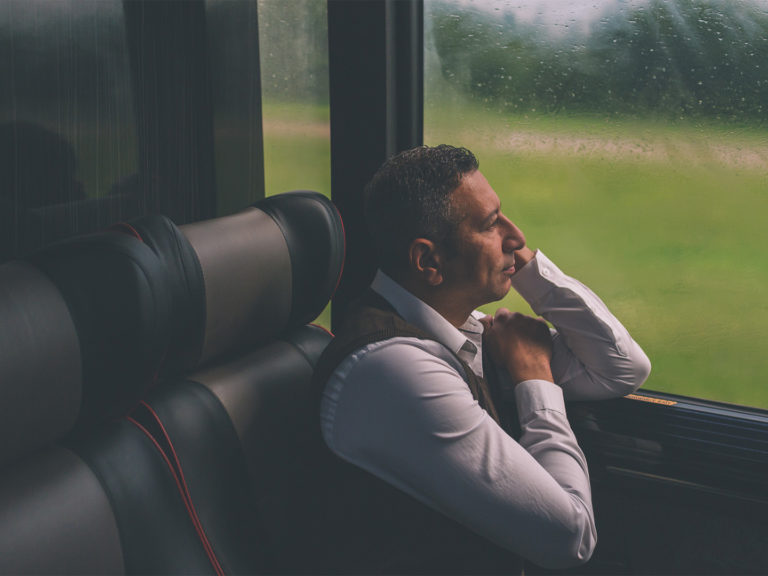 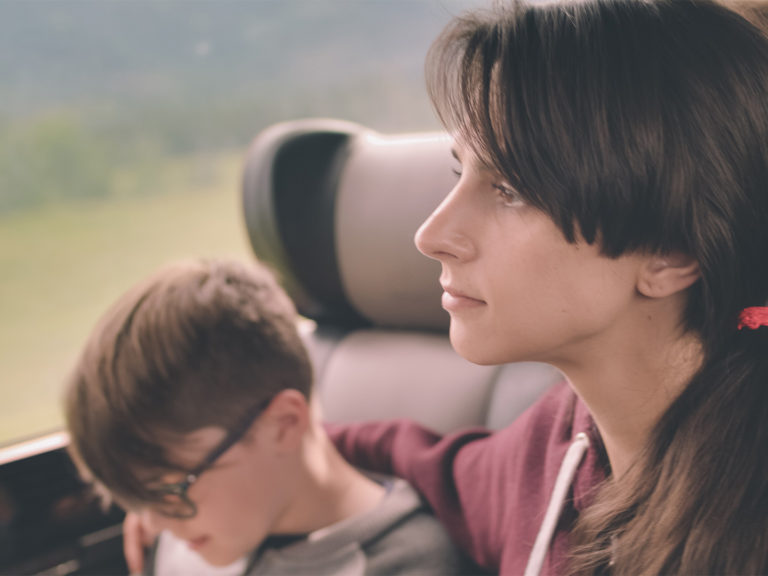 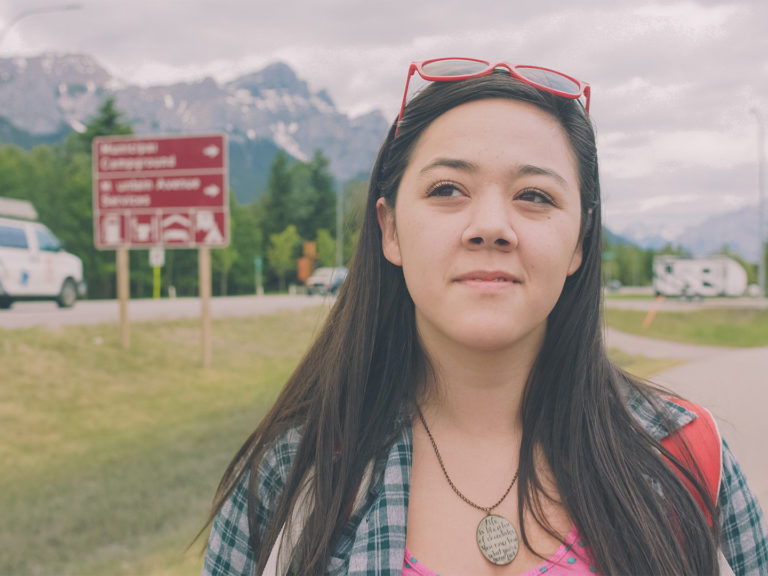 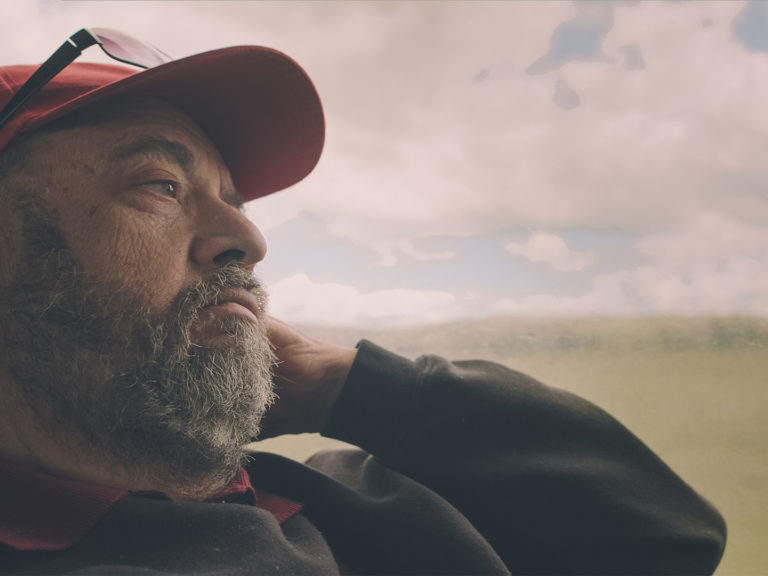 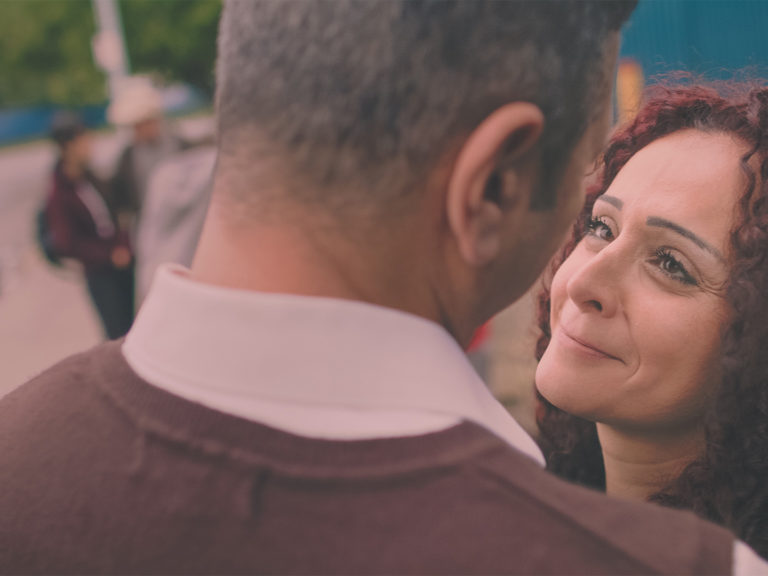 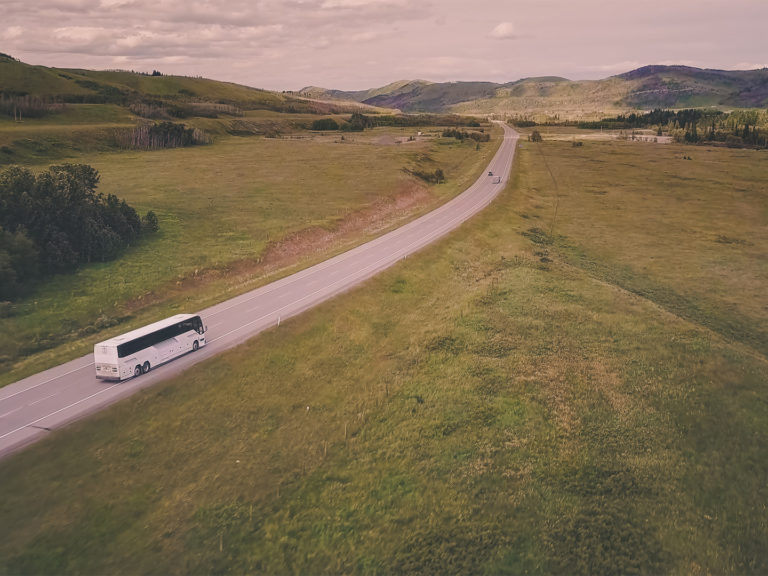 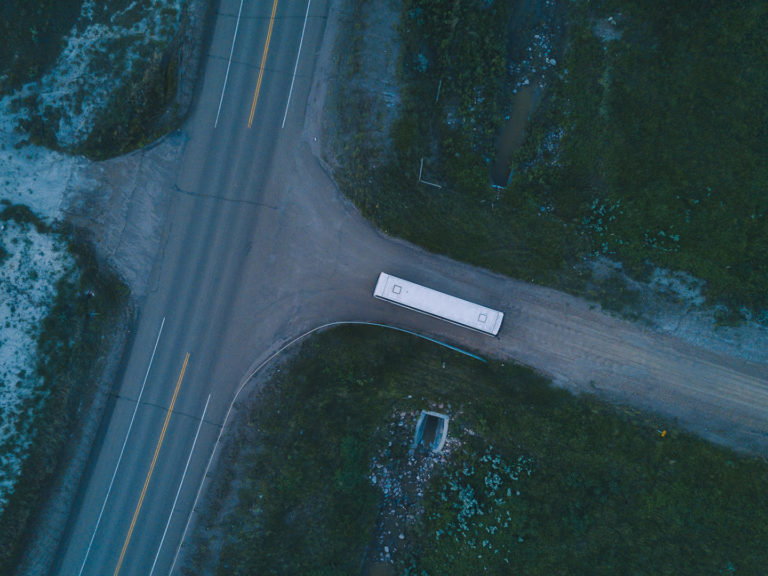 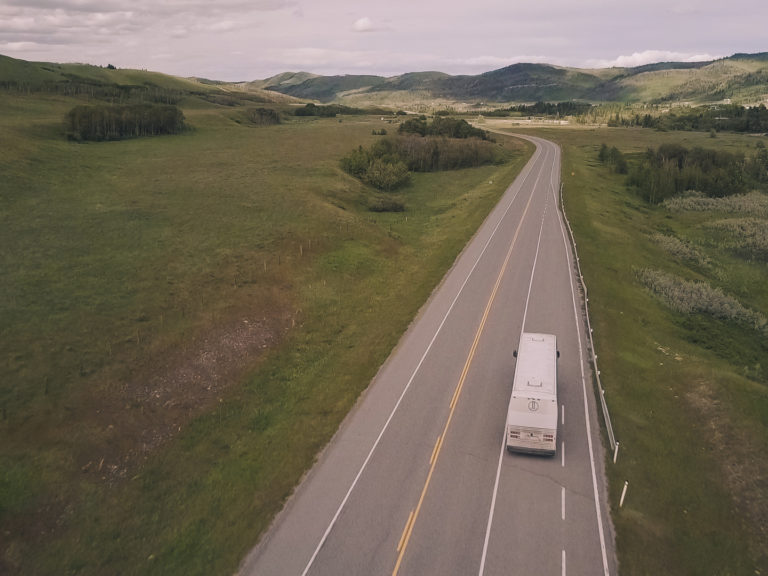 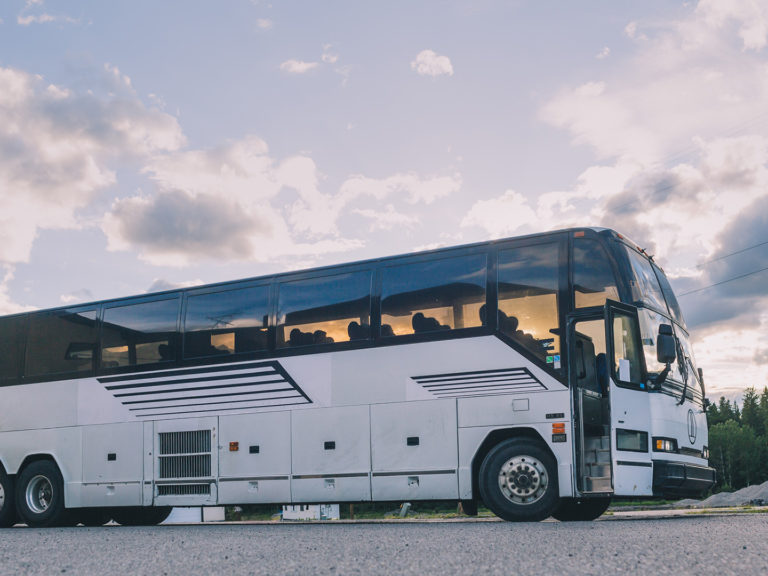 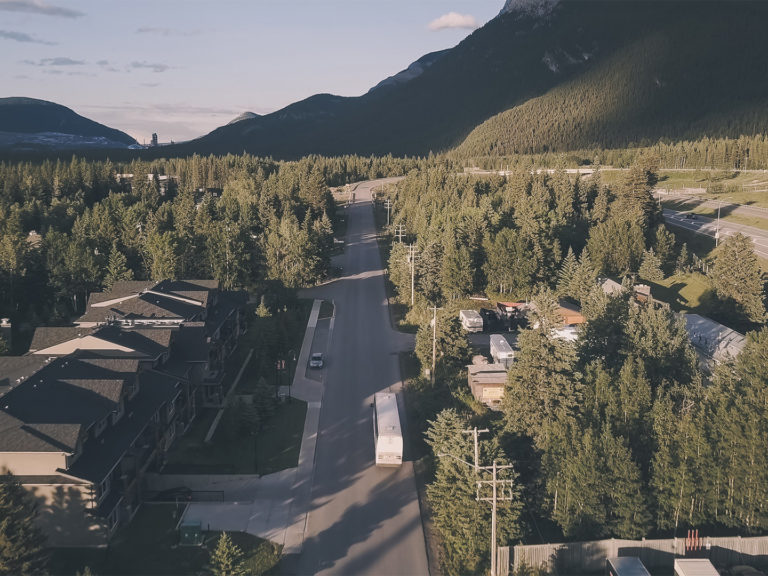 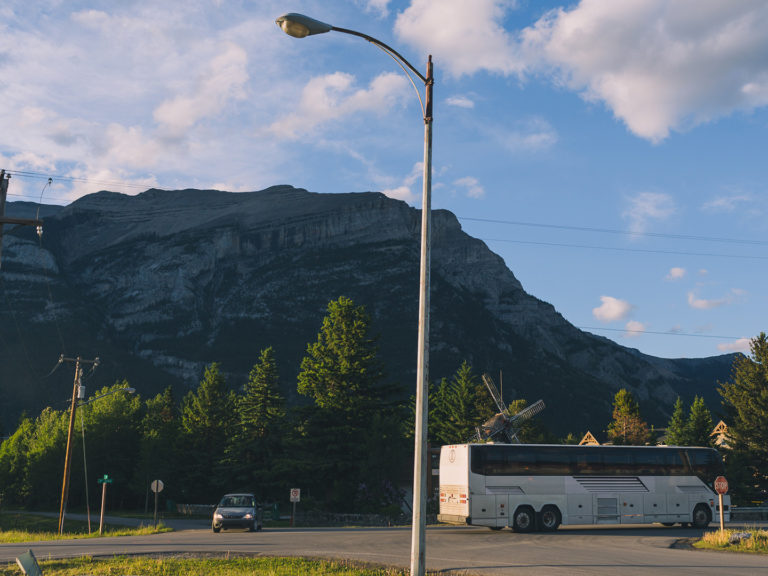 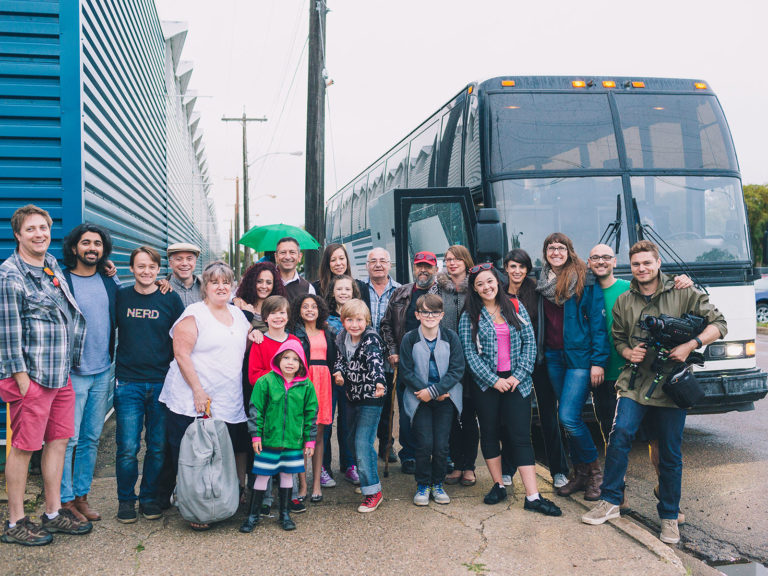 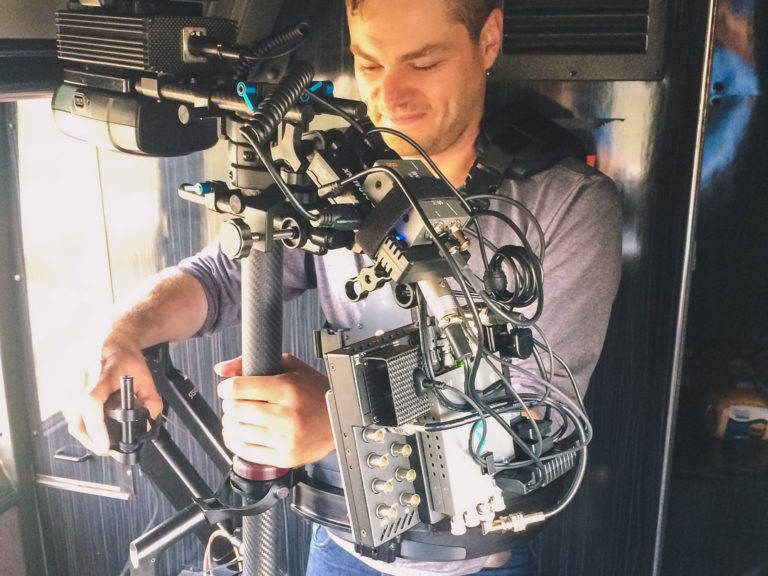 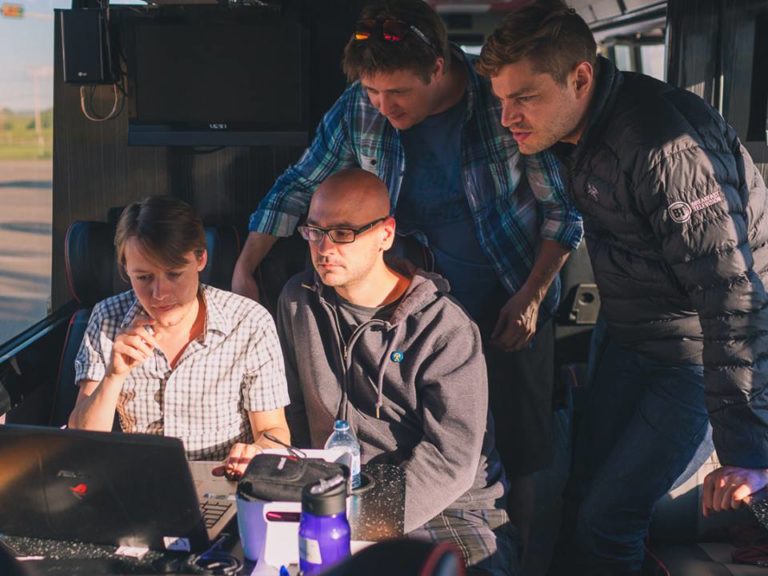 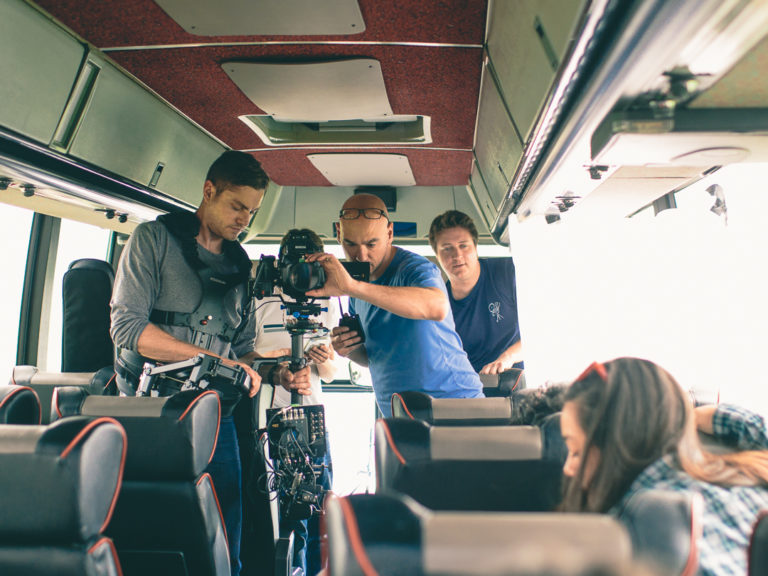 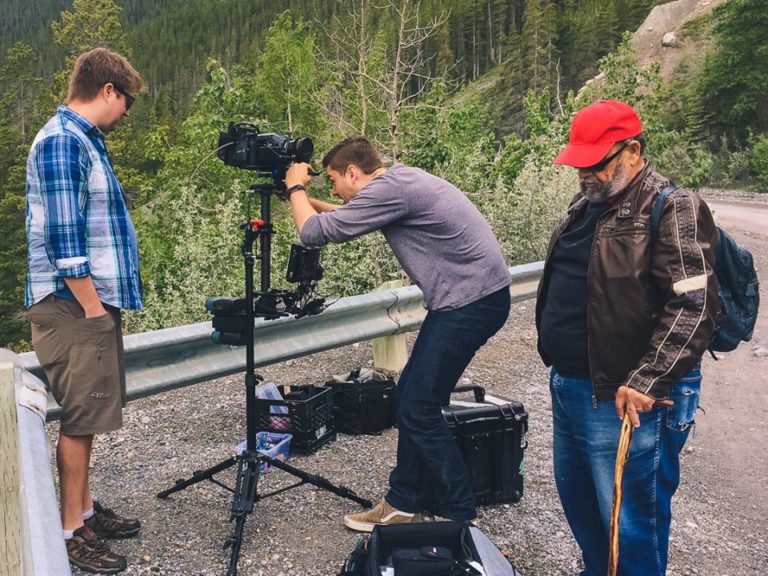 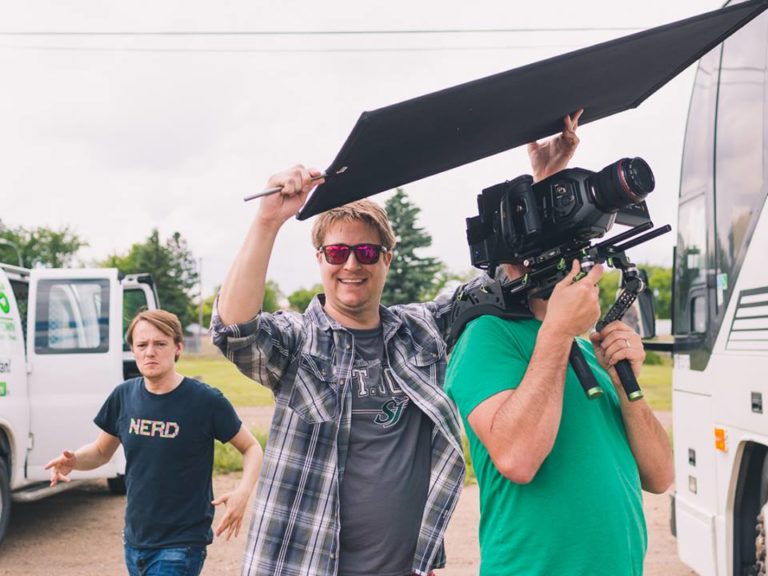 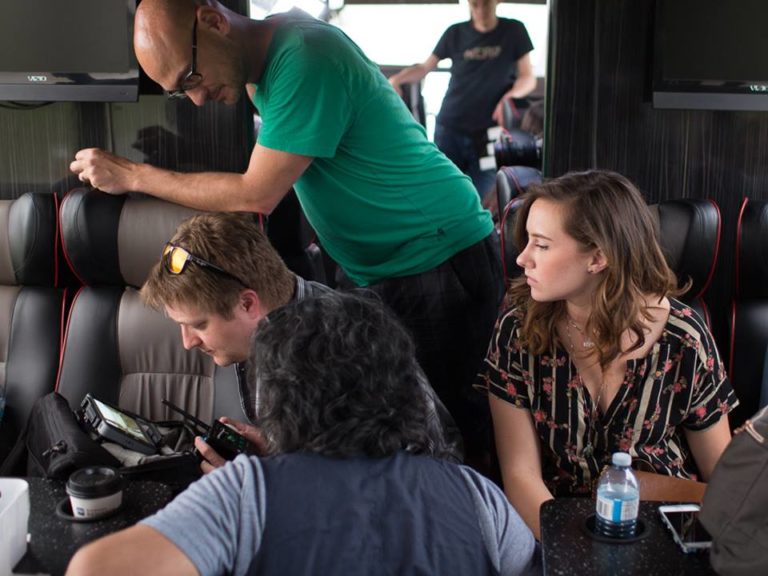 Fly Home is made possible with a STORYHIVE grant from TELUS Optik Local and is available for free on demand on TELUS Optik TV.

Behind the Scenes Patrick O’Connor